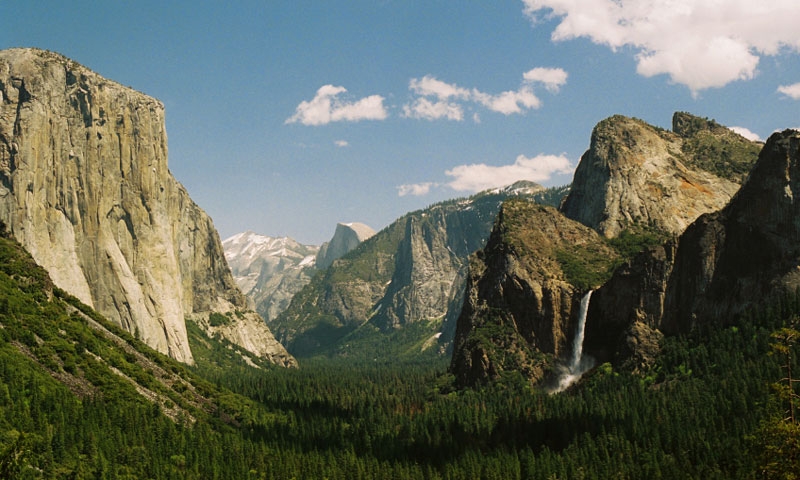 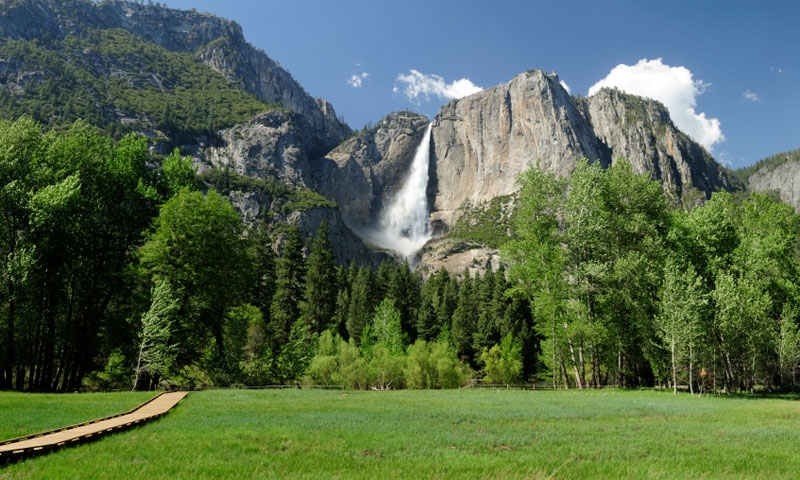 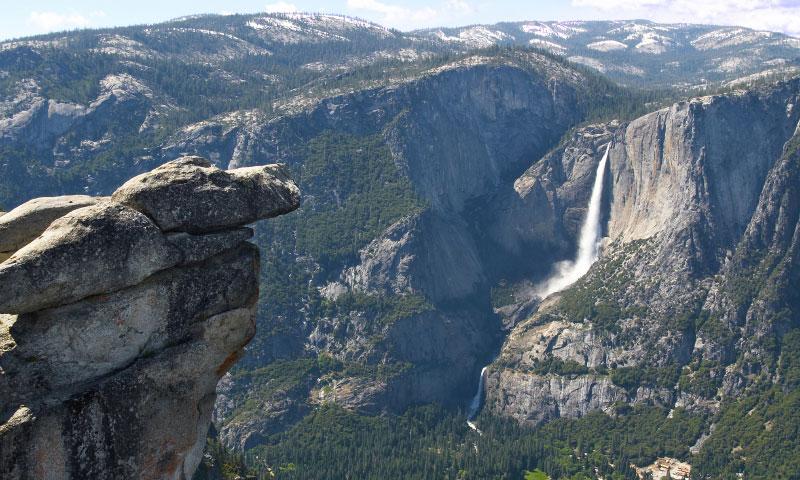 Located within Yosemite National Park, Yosemite Falls is a magnificent two-tiered falls, the tallest in North America and 7th tallest in the world, offering a fascinating view of cascading water.

Yosemite Falls CA falls an incredible 2,425 feet from the top of the upper falls to the base of the lower falls. The waterfall merges with Merced River in Yosemite Valley, the river then making its way through the Sierra Nevada Mountains and into the Central Valley of California.

This incredible waterfall actually has three sections. The Upper Falls plunges 1,430 feet, then the Middle Cascades drop an additional 673 feet, rarely noticed by visitors due to their location. Finally the Lower Falls cascades 318 feet into Yosemite Creek, which shortly thereafter merges with the Merced River.

Yosemite Falls California is located in Yosemite Valley in Yosemite National Park. Driving into the park on Highways 120, 140 or 41 will take you right to the valley. You can access the Lower Falls close to Yosemite Lodge.

The Ahwahnechee, Native Americans who lived in Yosemite Valley, had names for all the wonders of Yosemite. They called Yosemite Falls by the name of “Cholock.” They believed that the spirits of witches (Poloti) lived in the pool at its base. According to legend, an Ahwahnechee woman went to get a pail of water from the pool and drew out a bucket full of snakes. Because the woman had trespassed, the spirits caused a powerful wind to come and it blew the woman, her baby and her house into the pool. 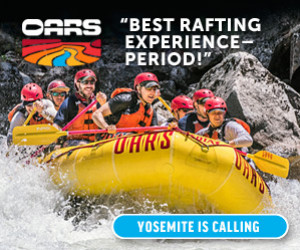 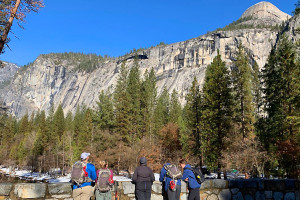 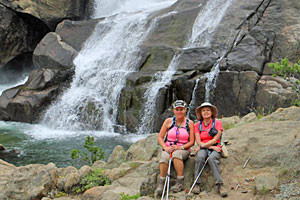